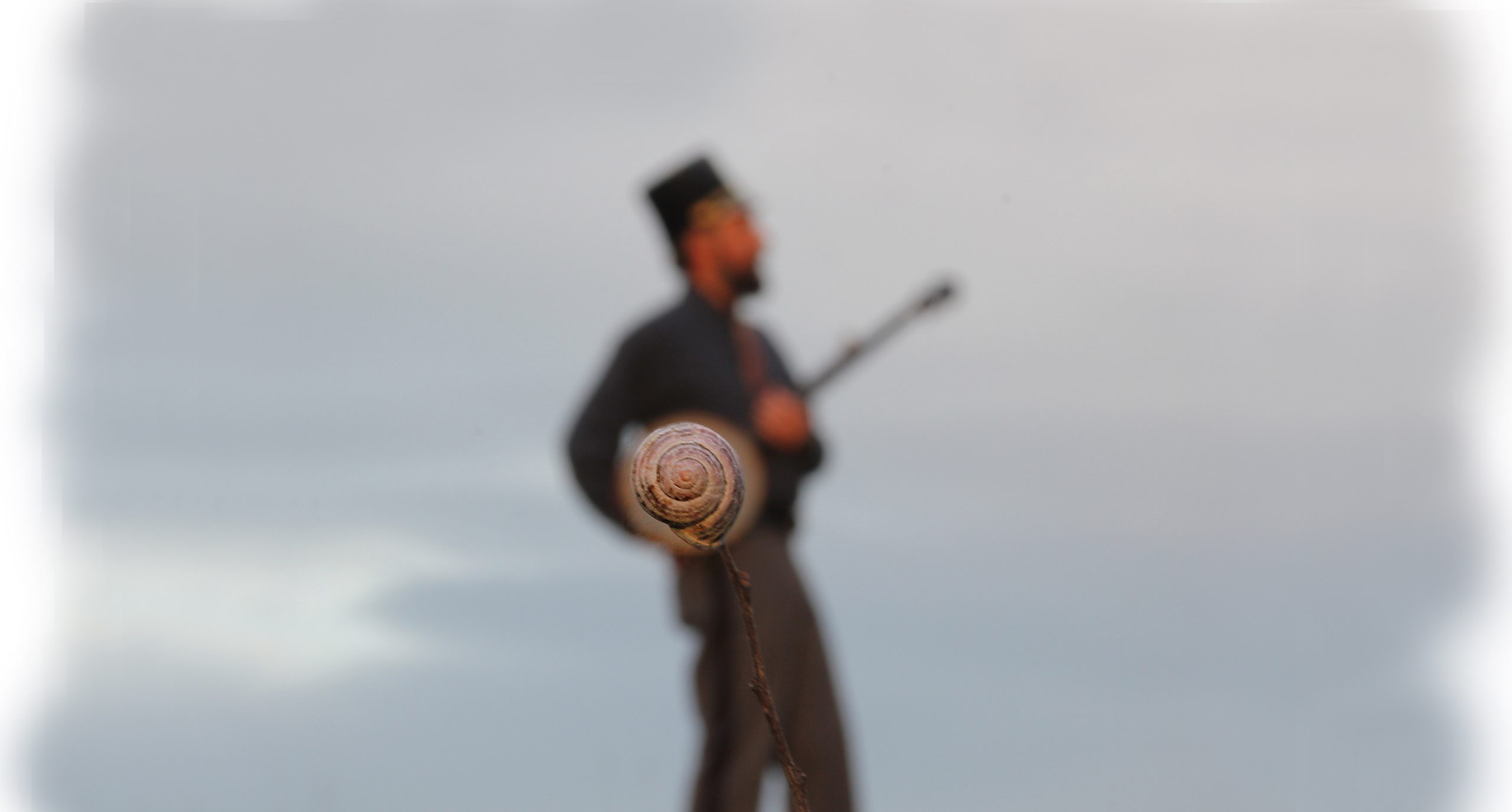 March of the Mollusk

An album of instrumental banjo tunes by Benny Bleu

From the liner notes:

Consider the snail. They are never in a hurry. They carry their homes with them wherever they go, and can retreat there on a dime. Yet they are respectful and curious about other snails. They can smell the world around them in stereo. They generate so much slime that they get to glide wherever they go almost friction-free. They eat mostly fungi, plants, and earth, yet they never take more than their share. They help the whole forest by precessing the leaf litter and occasionally one sacrifices itself for the benefit of a fellow creature like a turkey. And since they’ve been around since the Cambrian Period and they still thrive all over the globe, maybe we can learn a thing or two from them.

In reverence of snails and other gastropods, and the pace at which they savor this world, I humbly offer this collection of tunes played at rather gentle tempos and with as little friction as possible. There are some brisk moments that may flirt with 110 bpm, but overall I hope you find it relaxing. Perhaps this music can accompany you while you do something you enjoy like yoga or cooking or taking a walk or something. They are marches after all. The bugle melody in lock-step with the drum corps.

Richie Stearns, Rayna Gellert, Rosie Newton, Jason and Pharis Romero, Adam Hurt, Bruce Molsky, Aaron Lipp, and Reed Martin are some of the folks who inspired these recordings. They have taught me to feel the tunes. They crooked adaptation of Elk River Blues was taught to me by Fred Coon. And here’s a cosmic nod to Mac Benford for teaching me Julianne Johnson. Bernard Purdie, James Jamerson, and Ray Brown need recognition too.

Fairy Shrimp are tiny little lobsters who live for a month or two in vernal pools in the forests of Oregon and Northern California. Before they die and their pool dries up, they bury eggs in the mud, which hatch a year later when the pool returns. Like magic.

Performed and recorded by Benny Bleu Haravitch in spring 2022 in Hemlock, NY. Mastered by Aaron Lipp at Temple Cabin Studios. Cover painting by Erika Guli. Back portrait captured by Andy Smith. Inside photo by Jim Dombkowski.