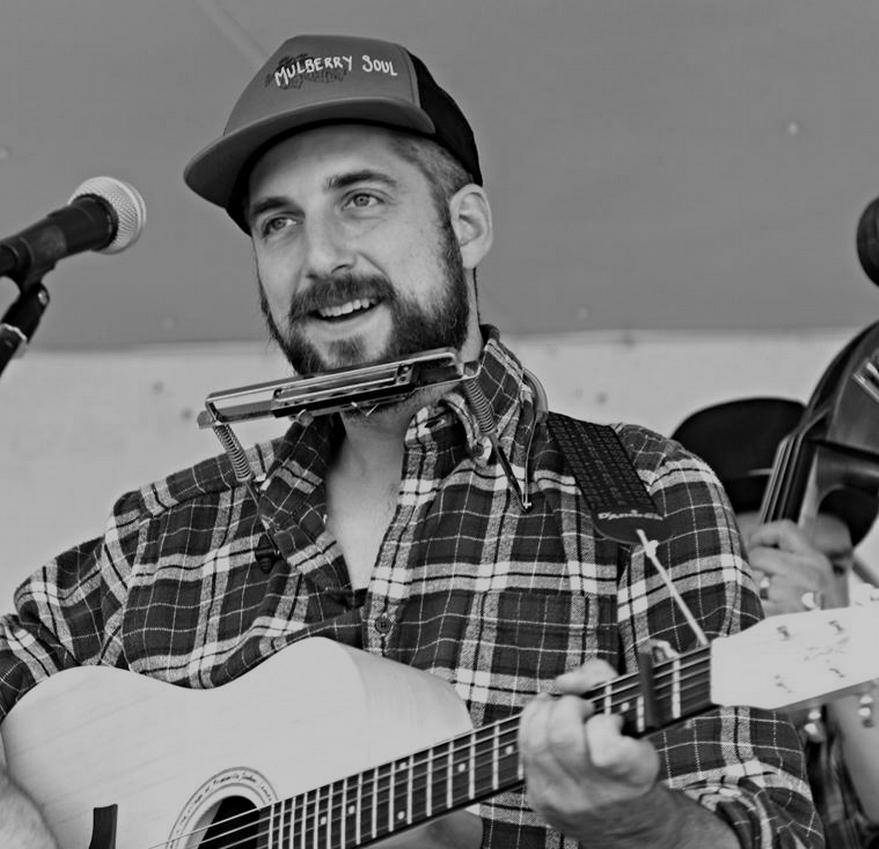 In an infinitely expanding universe nearly fourteen billion years in the making, let’s zoom in on a sleepy hillside in the Finger Lakes, where Benny Bleu Haravitch’s banjo rings out in harmony with it all. Through his lens as a geologist, he contemplates ages of ecological relationships in his folk music. Haravitch’s songwriting is compassionate and patient, but his instrumental offerings are equally profound. One of the most exciting clawhammer banjoists of today, his playing is like a marching band – the bugle melodies in lock-step with the drum corps. On ‘March of the Mollusk’, a forthcoming album of mellow banjo tunes, Benny Bleu invites us to walk to the cadence of a snail through the woods, slow and in the flow. For only by softening our pace could we hope to answer the conundrum of modern existence together.

His career is dedicated to purveying honest acoustic roots music, not for the sake of revival, but as a living, breathing community experience in the here and now. An award winning banjo player (finalist in the prestigious 2022 Online Old Time Banjo Contest), and a cherished songwriter, Benny Bleu lives up to the truest form of folk music – made by the folks, for the folks. His hypothesis: building connections with nature, each other, and our history through music makes for a richer future. Simple, testable, repeatable.

Zodiac: Some of the stars that were behind the sun the day Benny Bleu was born make up the constellation Taurus, which is a bull. It looks like this on the internet.

Chinese Zodiac: The year that Benny was born occurred during the portion of Jupiter’s orbital period which, according to Chinese folklore, is represented by an ox. It looks like this on the internet.

Myers-Briggs Type: INFP. On the internet, INFPs often look like this.